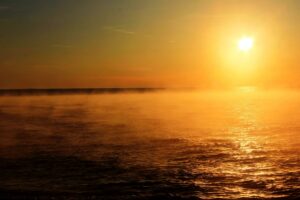 In recent news, 14 major commercial port directors in the Great Lakes are are asking the Senate Armed Services Committee to include regulatory reforms focused on ballast water management in the National Defense Authorization Act (NDAA). Collectively the reforms are referred to as the Vessel Incidental Discharge Act (VIDA) and they’re included in the House of Representative’s version of the NDAA but not as yet in the Senate’s version.

Cargo ships must ballast (take on water) to retain stability whenever they are not fully loaded but the problem is that during the process they take on various marine organisms. When they go to other ports and ballast once again, it is all too easy to release foreign marine organisms into the next body of water which can lead to various profound environmental consequences. In an attempt to combat this environmental issue, the ports of the Great Lakes are asking for regulation that will make it mandatory for vessels that go out to sea to install ballast water treatment systems that can filter and clean the water for safe, risk-free discharge of ballast water. They’re seeking federal regulation because different vessels travel from state to state and even from nation to nation, posing the same problem wherever they go. They seek uniform ballast water regulation by the United States Coast Guard as well as special requirements for improving and upgrading environmental standards for ballast water treatment in the case that better technology becomes available in the future.

There is currently some ballast water discharge regulation in existence in the area, however, it is not uniform or harmonized between agencies and from port to port meaning these regulations are unable to make much of a difference at this point in time. In fact, many vessels even avoid operating in certain areas in order to avoid these ballast water regulations, further adding to the issue. We hope that the ports of the Great Lakes will succeed and see these ballast reforms come into fruition. Uniformity and regulation will help us improve and protect our marine environments locally as well as on a global scale!